The Tech Scene in Merida

Merida is the Yucatan state capital and the more developed business and technological center on the southeast of Mexico. Also is one of the most peaceful city on the whole country.

Merida, awarded City of Peace in 2011

Mérida is the capital of the Mexican state of Yucatán and largest city of the Yucatán Peninsula. It is located in the northwest part of the state, about 35 kilometres (22 miles) from the Gulf of Mexico coast. The city is also the municipal seat of the Municipality of Mérida, which includes the city and the areas around it
The city, like much of the state, has heavy Mayan, French, British and to a lesser extent Dutch influences. Mérida has the highest percentage of indigenous persons of any large city in Mexico with approximately 60% of all inhabitants being of the Maya ethnicity.

Developer at The Hybrid Group

COO at The Hybrid Group 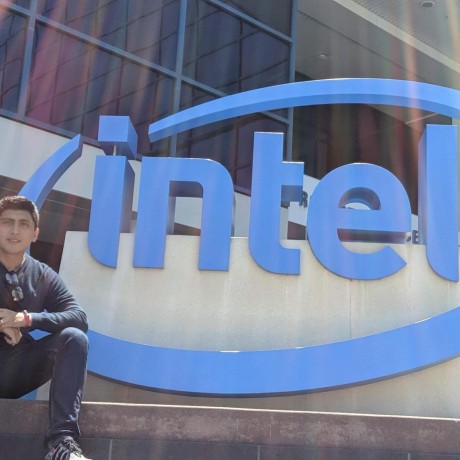 Technology matures when people do crazy and sometimes unthinkable things

Conceived as an entrepreneur and innovative, I have extensive experience in the area of mobile development and cloud solutions.

I have the satisfaction to provide and continue providing the vision and expertise to national companies, to specialists in the development area and entrepreneurs growing, through a bidirectional collaboration, which has allowed me to obtain a approach more comprehensive and the restlessness for launch my own business.

The city of Merida, Yucatan, known as the “white city”, is famous for its rich Mayan history and for being home to some of the most important archaeological sites in Mexico. It is a great center of activities and is very well connected by road and air to other places in the region and the country. It offers all the amenities of a big city, together with the rich history and culture of colonial Mexico. It is a cosmopolitan and picturesque city, with a strong Mayan influence; it serves as a starting point to visit the archaeological sites of Chichen Itza and Uxmal, as well as other less known but equally important sites.
El Gran Museo del Mundo Maya de Mérida is a space to narrate and be witness to their identity, and will become a strong architectural symbol which shares their values with citizens from all over the world.

“The Governor’s Palace” was builded on 1892 and have neoclassic style; In its interior 27 paintings that speak about the history of Yucatán, which were painted by the yucatecan muralist Fernando Castro Pacheco, can be admired. This palace also works as the governor’s bureau.

The main square or Zocalo has one of the nicest gardens in México, benches located under the shade of leafy laurel trees, invite you to take a rest for a few minutes and admire the buildings that surround it.

The Paseo de Montejo Avenue, one of the most beautiful of Mexico, the tree lined boulevard, often referred to as the “Champs Elysees” of Merida, is the symbol of wealth in the State during the rise of the "Green gold", the Henequen plant, in the late 19th century

This monument is located on Paseo de Montejo in one of the busiest roundabouts of the city of Merida. It is the work of sculptor Romulo Rozo, who through this piece shows us an important part of Mexico's history from the founding of Tenochtitlan until mid-twentieth century.

The San Ildefonso Cathedral is the oldest cathedral on the continent and one of the top Merida attractions. It was built between 1561 and 1598 using stones from ruined Mayan pyramids and temples.

The jarana is the typical dance and musical form of the Yucatan Peninsula. The jarana dance is done in pairs that consists of footwork without distinguished steps nor differentiation between women and men. The jarana is performed by a winds band ensemble.